You are loved. You are loved so completely that if you chose to let it all in, you might have to spend the rest of the year weeping with the intensity of it. Let me guess – you are thinking that there is no possible way I can say with any authority that this is true. And of course, you’re right. I can’t. Nonetheless, I’m asking you to hear me out. I have three stories for you, “evidence” that perhaps there is a huge force of love in the universe that we can barely even begin to understand, that shows up to help us if we are willing to open up and receive it. Sometimes, this force – which I’m just going to call Love from now on – sends agents!

A few years ago, I went to an art gallery to buy a birthday present, and became captivated, utterly entranced with a piece of art. Though it was $250, I could not stand the thought of leaving without it. As I was buying it, the teary owner told me a little bit of the artist’s story. Home burned down, living in an abandoned church in Costa Rica, he was in truly dire straits; the sale would be a godsend for him. Even better! Within a month, I had moved the painting to my storage shed, now finding it hideous. I’ve never regretted buying it though – to this day, I believe Love infused me when it was needed. For the artist, who needed the money, and for me, who needed to know that Love takes care of people in odd ways.

Several months ago, late one Saturday night, I became abruptly convinced that that my cat Lulu’s wheezing was a sign of her immediately impending death. I drove her to the local emergency vet, parked five blocks away due to the area’s trendiness, hauled a yowling Lulu through crowds of hipsters and arrived at the vet, grouchy as hell.  I sat down to wait and got to witness this interchange between the two men at the counter. One looked concerned, one looked devastated. The concerned guy took out a credit card and asked the clerk to put $100 on his card towards the devastated guy’s bill. The devastated guy was shocked – they didn’t know each other. The concerned guy said that he just wished he was able to do more. Both of them starting saying “dude” frequently, both seemed incredibly uncomfortable.

Before I could hear anything else, I was ushered into an exam room to spend two hours trying to calm Lulu while waiting for the vet. (Lulu was fine. The vet found nothing wrong, indicated with a contemptuous look that I might next suffer from a fit of the vapors, then recommended $300 worth of x-rays just in case. Ugh!) I returned to the waiting room and encountered the devastated guy again. Turns out his dog had somehow ingested poison, and it was only through the (very costly) intervention of the emergency vet that she was still alive. The conversation between those two men will remain with me for a long, long time. Though my own vet experience was unpleasant, I am so grateful for that flash of panic that drove me there in that moment, to get to witness Love show up in such a gorgeous way between these two strangers.

My last story is longer, and I’m a little hesitant to tell it, because it is just so odd. A couple of years ago, I fell completely in love with a man I barely knew, whom I will call Ted, as that is not his name. It was one of the most bizarre moments of my life – standing on a patio with him, having a perfectly clear flash of recognition, thinking “oh! It’s YOU! Thank god, it’s you!” – it felt like in some alternate universe, this man was one of the dearest people to me on the planet and suddenly, joyfully, I had found him again. 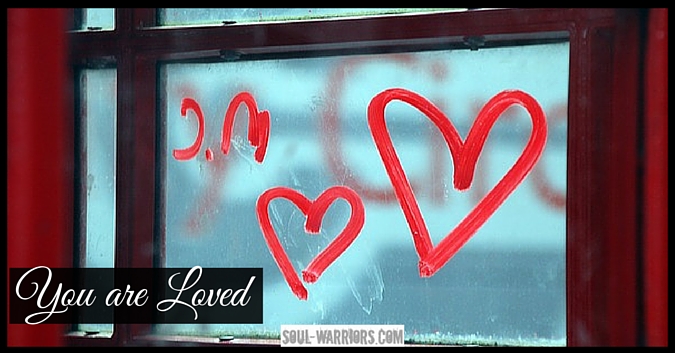 In all honesty, it kinda creeped me out, but it never went away. And my God did I want it to go away! It was excruciatingly uncomfortable – I found myself in this odd, peaceful state around him, vacillating between wanting to express my deepest truths and having no need to speak at all. This was not happening for him, and you can just imagine the levels of social awkwardness I displayed. I still cringe in horror occasionally, despite my (eventual) gratitude that it happened.  My soul was blissful; my ego was reliving the Inferno.

Ted is an incredible person – brilliant, funny, fearless, someone whose actions show that he truly cares about people, even when he sometimes claims he doesn’t. He also told me some of the most outrageous lies I’ve ever heard – think “Secretly I work for the CIA” and you have a fair idea of the level, though not the content. Imagine sitting with someone telling you crazy, unbelievable stories and finding yourself joyful just to be in their presence.  Bizarre and unsettling. Shouldn’t I have been concerned? Disturbed? Uh…shouldn’t I have just left or at the very least confronted him?

I did not, and in time, I came to wonder if we don’t ALL lie everyday – and while my lies are more mundane, does that make them better? Saying things I don’t mean out of politeness, not expressing my opinion out of fear, not stating a need so I won’t be a bother. Is this not lying too? In its own way, is this not worse? At least with whopping lies, the person hearing them generally knows they are not true. With things like “I had the best time!” when I didn’t, well, isn’t that more harmful, even if it is ‘polite’?

In this he gave me my first gift – because it was not the person he was pretending to be that I loved, it was who he actually was, or at least who I sensed him to be. If I could love Ted, the guy who was lying to me, not Ted, the secret agent, isn’t it also possible that I am equally as lovable in all my messed up glory? Maybe I don’t have to hide who I truly am, and the people who love me do so because of some deeper sense of me, possibly even despite my surface self? Is there not a huge, beautiful relief in that for all of us?

Still, I resisted the whole experience for a long time and, as you might imagine, made it mean all types of horrible things about myself. “Obviously I need another 10 years of therapy; why a soul connection with a lying guy who doesn’t even like me; this is a humiliating, awful experience, likely a sign of my fucked up childhood coming back to haunt me in some new and twisted way…” You get the picture.

It wasn’t until I finally just surrendered to the situation and embraced it – in all of its oddness – that the magic of it started to transform me. Because, for whatever reason, my soul recognized and loved him, and I’ve decided that I trust my own soul, no matter what.

What did Ted get out of me falling for him? Who knows? Honestly, I don’t think he got anything at all – I think at best he found me to be a mildly creepy potential stalker (see Inferno, above). But what I got out of falling for him is immeasurable, priceless; the realization that Love, in whatever form it shows up, is always there to help me. Help me see that a person is so much more than their actions, help me to understand that there is nothing wrong with loving someone who does not love me, help me to see that loving someone never requires shame.

For so many years, I have felt so much shame for loving my dad, who was often cruel and sadistic. If I loved someone who treated me badly, doesn’t that mean there is something wrong with me, that I’m flawed in some fundamental way? No! No, it doesn’t. It means that I can simultaneously love who someone is and hate how they act, and that is okay. It doesn’t diminish either one of us; the love and the truth can coincide. 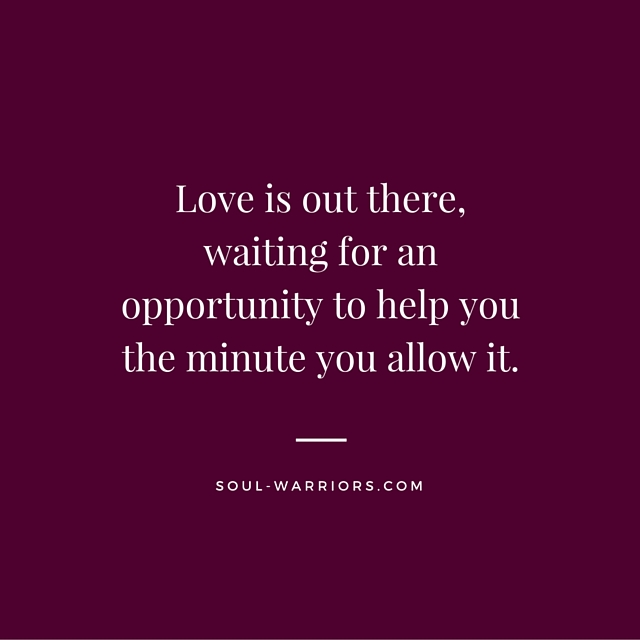 So let’s pretend I’ve persuaded you to the point where you believe you truly are loved, and that Love is out there, waiting for an opportunity to help you the minute you allow it. How would you act differently? What might happen if you dared to remove some of your judgment and just trust your own soul? Is there any situation you are currently in that might seem horrible, humiliating or just plain odd that might be a gift from Love in disguise? When did you witness or experience Love showing up in your life unexpectedly?

Martha Beck has this quote in her new book, Finding Your Way in a Wild New World, that gives me chills each time I read it. “Love is hunting your true nature, and it is very near, and it will never stop.” Amen, Martha! Amen!