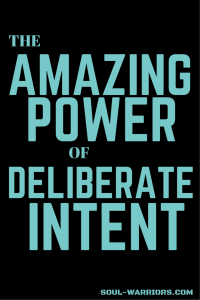 Have you seen something like The Secret, or heard of the Law of Attraction, but thought it sounded just too good to be true? Sometimes the presentation of the idea behind Law of Attraction sounds almost ludicrous: envision yourself with a Mercedes, and somehow a Mercedes will magically manifest for you.

Or maybe you believe it in theory but have never had it actually work for you, no matter how many vision boards you have created.

I’ve created many vision boards that never came anything remotely close to “manifesting.” I’ve said affirmations and created intentions and efforted change and nothing happened.

I’ve also played with the Law of Attraction just as a joyful game – saying I would love to have $1000 arrive out of the blue within a week.  It did, from the most random, unexpected sources, including Amazon.com!

What’s up with that?

The best explanation I’ve found for the Law of Attraction and how it works is from Esther & Jerry Hicks and the Teachings of Abraham, the authors for this month’s book, The Amazing Power of Deliberate Intent: Living the Art of Allowing.

The authors break it down into very practical, easy-to-understand language and apply the ideas to real-world examples. They have many (excellent) books and videos; this one in particular gives some great examples of how you can apply the concepts.

The basic idea: our human selves are part of a larger, non-physical being, which they call the Energy Stream of Source. We create reality by our desires and preferences, and the universe will bring us those desires that match our state of vibration.

By vibration, they mean our state of allowing of our natural well-being, or connection with Source. We can tell how much well-being we are allowing in by what they call our emotional guidance system.

Basically, if you feel like crap, you are resisting you connection to Source energy and natural well-being. If you feel good, you’re allowing it.

The key to allowing the universe to deliver your desires to you is to be in a state that is a vibrational match to what you desire. 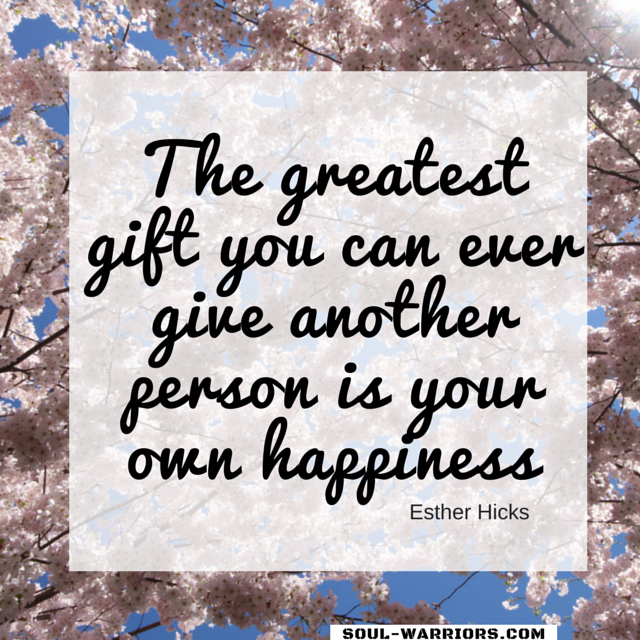 Here’s two examples from my life to help illustrate this:

The Thanksgiving after the 9/11 terrorist attacks of 2001, I was flying back to Chicago early in the morning to celebrate with the holiday with my family. The airport was 100 miles away and I was slightly later than I wanted to be. I was nervous and convinced I would miss my plane.

Then, every single thing that could possibly go wrong in terms of getting to the plane on time did – security took hours to get through, compounded by late people desperately trying to cut in line to get to their planes.

Any attempt I made to get through security in time just made the wait longer. I got out to ask the security guards for help, and they accused me of being an unpatriotic asshole who didn’t get to the airport with five hours to spare. (They didn’t quite say that…but they sure did energetically.) The people in line wouldn’t let me back in once I returned from the unhelpful security guards.

It was so frustrating, and I got more and more panicked (this was the first time I missed a plane; I had no idea what would happen.) Every single choice I made actually made it more likely I would miss the plane. (The flight even waited for me, knowing I had checked in; had I just relaxed and waited in line, I would have made it.)

Needless to say, I missed the plane. (It turns out that it was really not a big deal; I just got home a little bit later.) My own panic and ‘resistance to the natural well-being of Source’ delivered my vibration in physical form perfectly.

Fast forward twelve years to me lounging in the Newark airport, waiting for my sister’s delayed flight to get in so we could board our flight to Rome. We’d been looking forward to the eight hours of catching up for months – the first time I’ve ever looked forward to an international flight.

Her flight was severely delayed; they were circling above us with no space to land. The Rome flight was nearly done boarding.

I talked to the incredibly kind gate agent, who said they wouldn’t be able to hold the flight and they’d put us on a flight the next day. Though eager to get to Rome, a free night in New York City with my sister also sounded great.

Then a snag – my luggage was on board, they would either have to pull my luggage or I had to fly, even if my sister was unable to make it.

This time, I sent out an emergency text to my friends, asking them to envision it all working out okay, and relaxed. I explained the situation to the gate agent, and she went as far as calling the schedulers to ask them to hold our plane as ten people were on that delayed connecting flight. They refused.

She told me I would have to board, so I did, with huge gratitude for her kindness and the effort she put into trying to make this work for us. I relaxed again, figuring I had done everything I could and whatever happened would be for the best one way or another.

We didn’t leave. People around us started muttering and complaining that they might miss their connections if we didn’t leave soon.

We still didn’t leave. The crew managed to delay long enough – against orders – to allow the other plane to land. We left nearly an hour late, with my sister on board. We got to Rome a few minutes early. 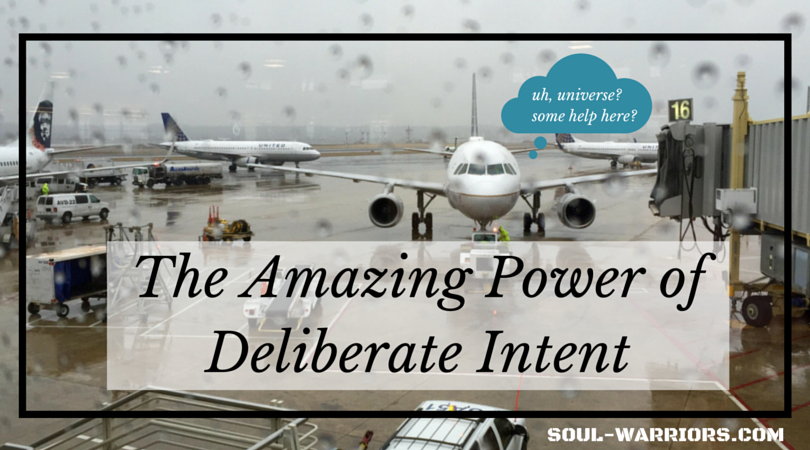 By this point, you might be thinking that I think I am my own little air traffic control, affecting air traffic by sheer force of will. I don’t – I think that type of thinking is where the Law of Attraction goes haywire.

The point was not that my sister got on the plane; it’s that I would have enjoyed my flight, no matter what happened. The universe decided to deliver an enjoyable flight in the most spectacular way by getting my sister there, but it would have been fun flying alone, watching movies and having an extra seat to sleep in too.

What I love most about the work of Abraham-Hicks is the focus on feeling good and being a match for your desire and then not worrying about how it shows up. The universe will deliver the essence of your desire in interesting ways if you let go of the attachment to a certain form.

And even if it doesn’t…so what? By focusing on feeling good, you are getting what the fulfilled desire would have brought you anyway…feeling good!

I’ve written about several of their processes for feeling better: here, here, here and here.

What would your life look like if you only focused on feeling good, no matter what your circumstances? I’d love to hear an example of where this might help – leave a comment and let us know