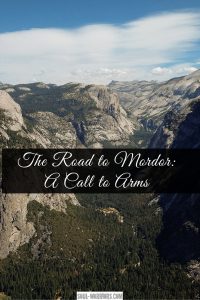 It’s been a long time since I’ve written about taking my “impossible journey” to becoming a man magnet, at least directly. Many magical, mystical, unexpected things have resulted from this journey. To quickly sum up– the journey presented me with a host of issues and injuries that needed to be addressed and healed before I could move directly towards my goal. I was not expecting this road to include forgiving my father, confronting past sexual trauma, and receiving energetic healing to unblock my second chakra (the sex one, for you non woo-woo folks). Like Frodo, I am not sure I would have agreed to take it had I realized in advance all of the terrifying things I would encounter along the way.

So, here I am, fairly healed, and feeling like the teenager I never really got to be, looking at the wide variety of potential in front of me for romance, sex and partnership.  I’ve started directly walking towards my goal of man magnetism in several ways, but that is for a later post.  In addition to all of my own stuff, in the last months  I have been bombarded with examples of how our society’s attitudes towards homosexuality are creating terrible wounds in people. The stories come from friends and clients, and they are not mine to share.  It reached a critical mass for me, where it’s intolerable for me to do nothing about this.

I believe I am on the planet to help people heal from trauma and reclaim their right to live joyfully, expressed and free. My own trauma was personal, and created by a family system dominated by the fear of one mentally ill man. I lived in shame for most of my life. I tried to be asexual, so I wouldn’t be preyed upon. I’ve done my level best to shrink myself so I wouldn’t be seen and noticed. One of my core beliefs has been, “It’s dangerous to be seen.” When I was a child, this seemed true.  I didn’t dare openly love anything, for fear that my dad would notice and threaten to kill whatever it was – my mom, my sister, my pets. He never did, but he used the threat to control me, and it worked.  I shrunk, I hid, I played as small as I could for the majority of my life, trying to protect myself.  Today, I am still working on this belief, using Byron Katie’s “the work” to flip it to, “It’s dangerous to be hidden.” That resonates with me. Today, my father is dead, and there’s no one threatening to kill me or those I love. It’s more dangerous for me to hide, because, hidden, I will not be able to do my soul’s work or have authentic, loving connection with anyone.

Recognizing that my father was mentally ill was a huge step in being able to resolve and recover from my own trauma. It was not my fault. I didn’t do anything to cause it. There was nothing wrong with me. It all belonged to him. And, in many ways, I’m not even sure it was his fault. Do I hold an untreated paranoid schizophrenic/sociopath responsible for his behavior?  Was it the soul of my father who was torturing me, or was it a disease? I don’t know, but having the questions themselves has allowed me to find a great deal of peace.

That’s great for me, of course. But I see my own story of living in fear of being seen in the stories of my gay loved ones.  The difference, though, is that this trauma is being inflicted by our culture. I realize times are changing, but there is still a real possibility of encountering physical or emotional violence for any openly gay person, solely for being themselves. There is genuine truth to the statement, “It is dangerous to be seen.” There is no escape from the shaming traumatizer when it’s a part of your own culture. I think we all have some variation of the core thought, “if they really knew me, they wouldn’t love me,” buried in our brains, making us afraid to let people see our whole, authentic selves.  For those of you who are straight, just imagine what it would be like to be gay, have that thought, and hear your family and friends making cruel comments about gay people. How much worse must it be when you have ‘evidence’ to support it?

In my own healing journey, it takes me sharing only the bare bones of my trauma story for me to be flooded with compassion, love and assurances that there is nothing wrong with me and I should feel no shame. I am not discounting my own pain – it was a living hell – but I imagine that it is nothing in comparison to growing up gay and closeted.  ‘Cause, folks, it feels like the same trauma to me: It’s dangerous to be yourself. It’s dangerous to be seen. Your sexuality will bring pain upon you. Hide it. There is something wrong with you. You should be ashamed.  If someone is coming out of the closet for the first time, can they expect waves of love and compassion for the trauma they’ve been through? Can they expect to be seen, celebrated, and healed by a compassionate witness? Probably not. At best, the news will be received with absolute love and encouragement. But who heals the trauma of growing up hidden and threatened?  And at worst, the news will be received with rejection, disowning, and accusations of a lifetime of lying, creating even more trauma.

This is unbearable.  I can no longer sit back and do nothing. 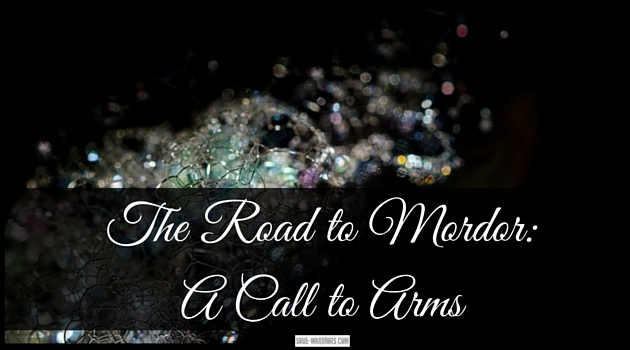 I don’t know what “doing something” will look like in the long run. For the moment, it’s starting to ask the questions. How can I help? How can I make this better? How can we, as a society, make being who you are safe for all people? How can the healers of our society reach people who have been traumatized by growing up in a homophobic culture and help? Trauma is healable. It can be overcome, if you recognize that you’ve experienced it. Today, for me, “doing something” is writing this post and inviting discussion. I don’t know the answers. But I’ll keep asking until I’m part of the solution.

I realized that I’m hiding too. I grew up attracted to boys and eventually men, but I’ve also met a few women who I found sexually attractive. I believe this means I am bisexual. This is something I thought that everyone experienced – sexuality is a spectrum, after all – but yet as I’m opening up to love, sex and partnership, I always assumed I would be with a man. Yes, I meet more men than women than I find attractive, but isn’t there a component of hiding there? It’s easier to appear completely straight. It’s easier to not embrace this aspect of my sexuality.  Suddenly I feel like part of the problem, and that’s intolerable. So, friends, I’m bisexual, and therefore I’m revising my original “impossible journey” goal. I don’t want to be just a man magnet. I want to be a magnet, period. I have a feeling my Road to Mordor series is about to get a lot more interesting.

This is not an act of huge courage on my part. I’m surrounded by people who offer me nothing but love and acceptance, and my relational risk in announcing I’m bisexual is almost nonexistent. (Though coming out to friends and family was scarier than I was expecting. That, too, is for a later post.) The huge acts of courage for me happened way before this, when I started walking away from anyone who would willingly hurt me, sharing small bits of my story with safe people, and questioning the idea that there was something wrong with me. Though I’m often flooded with gratitude for my current life, I chose this life, one tiny healing step at a time.  If you are gay and closeted and reading this, please know I don’t claim to understand what you’re facing. But I too I faced something horrifying, and know that there is hope.  It’s possible to walk out of terror, shame, self-loathing, powerlessness and victimization to a life that celebrates your soul.  It’s possible for each of us. We all deserve the chance to be seen and loved for exactly who we are.