Tomorrow is Memorial Day is the U.S., a time to honor all of the soldiers who gave their lives in service to our country. In that vein, I’d like to talk today about soldiers who have come home from war alive, but whose spirits have in some ways been sacrificed in service to our country. As you likely know, I’m dedicated to helping people (including myself) recover from trauma of all kinds. Our soldiers often have some of the very worst types of trauma, and need a lot of help to deal with it. Many survivors of trauma (not just soldiers) experience Post Traumatic Stress Disorder, commonly called PTSD. My goal with today’s post is to walk you through the basics of PTSD, and to provide resources, particularly for soldiers.

The Mayo Clinic defines PTSD as “a mental health condition that’s triggered by a terrifying event — either experiencing it or witnessing it. Symptoms may include flashbacks, nightmares and severe anxiety, as well as uncontrollable thoughts about the event.”

PTSD may develop immediately after a traumatic event, but sometimes develops months or even years after the traumatic event. It’s important to note that not everyone who has been traumatized has PTSD. People who suffer from PTSD have symptoms for months and sometimes years, and often have the symptoms get worse and start to interfere with functioning.

Symptoms of PTSD include intrusive memories, avoidance, negative changes in thinking and mood, and changes in emotional reaction. The Mayo Clinic lists out examples of each symptom category:

Negative changes in thinking and mood

According to the US National Library of Medicine, the U.S. Department of Veterans Affairs estimates that PTSD afflicts: Almost 31 percent of Vietnam veterans, as many as 10 percent of Gulf War (Desert Storm) veterans and 11 percent of veterans of the war in Afghanistan.

To give you some idea of what that means: approximately 3,000,000 Vietnam Veterans are affected by PTSD, and potentially 250,000 Veterans of deployed in the last thirteen years. This number might be significantly lower than the actual number of Vets with PTSD. Donald Parent, author of The Warzone PTSD Survivor’s Guide, stated in a post on his Facebook page that he is coming into contact with more and more Vets who are experiencing PTSD now that they have retired from work. He says that many Vets came home from Vietnam and became workaholics. He posted, “they buried themselves in their careers so that they could tune out the dark thoughts that would creep in at night if they didn’t work themselves into a deep night’s sleep.” 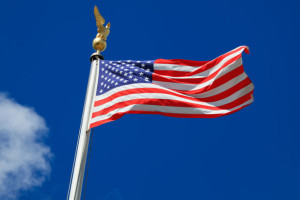 According to ABC News, “the VA’s Iraq and Afghanistan Veterans of America, a non-profit whose mission is to improve the lives of veterans, points out that 38 per 100,000 of all Iraq and Afghanistan veterans using VA health care committed suicide during latest data available. There is very little information about veterans not using VA health care. Compare that to 11.5 deaths per 100,000 for the general public.” (Martinez, Luis. Bingham, Amy. “U.S. Veterans: By the Numbers.” ABC News. Web. November 11, 2011.)

In addition to the horrors of combat, many of our Veterans experience military sexual trauma (MST). According tor he Veteran’s Administration, “among Veterans who use VA health care, about:
23 out of 100 women (or 23%) reported sexual assault when in the military.
55 out of 100 women (or 55%) and 38 out of 100 men (or 38%) have experienced sexual harassment when in the military.
There are many more male Veterans than there are female Veterans. So, even though military sexual trauma is more common in women Veterans, over half of all Veterans with military sexual trauma are men.” (“PTSD: National Center for PTSD.” U.S. Department of Veteran’s Affairs. Web. Retrieved May 24, 2014.  http://www.ptsd.va.gov/public/PTSD-overview/basics/how-common-is-ptsd.asp)

In light of just the statistics on MST, it seems that the estimates for PTSD among veterans might be quite low.

Just gathering the facts for this post makes me weep. Men and women who serve in the military already perform such a huge service for our country; knowing that they come home to disrupted lives and sometimes decades of PTSD is nearly unbearable. Regardless of your political views, I hope that you can agree that the actual soldiers of our armed forces deserve respect, support, and gratitude for all that they have sacrificed for us. I think it is the very least we can do to educate ourselves about PTSD and help in whatever way we can.

Resources for Veterans with PTSD (and the people who love them)

The WarZone PTSD Survivor’s Guide by Donald Parent
I had the pleasure of emailing with Don recently – he’s a Veteran dedicated to helping other Vets recover from PTSD. His book is available on Amazon, and he also run a free website, PTSDHotline:
http://www.ptsdhotline.com/html/emercency.html
(Please note, I gave a subsidiary link, because the main page appears to have been hacked. Who would hack a site dedicated to helping Vets with PTSD is simply beyond me. All subsidiary links appear to be working and there is a lot of great info there.)

Healing the Tiger by Peter A Levine:
You could read nearly any book by Levine, this was just my first and favorite. He explains the fight, flight, freeze response in detail.

The Trauma Toolkit by Susan Pease Banitt
This came highly recommended to me, but I have not yet personally read it, so I’m including with that caveat.

If you know of more resources, or have a particular favorite, please share it here in the comments so we can all benefit from it!