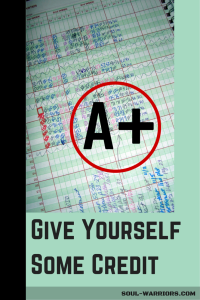 Recently I read an article that said that attorneys and accountants are more likely to be critical of their spouses and families than people in other professions. The author said this was due to these people focusing almost entirely on finding errors as a fundamental component of their jobs.

In an entirely unscientific multi-year study (AKA my work history), I’ve come to the same conclusion, at least about accountants. I found that the people who were the best at the job were also often the most critical. In fact, some of the people I learned the most from are incredibly critical – and that sharp eye for perfection is fantastic when you are dealing with billions of dollars or creating binding contracts.

It becomes a problem when you go home and apply it to your attempts to learn watercolor painting or, worse, your spouse’s attempts to connect with you. This is, of course, not limited based on profession; you can be wildly critical and perfectionistic in any occupation.

One of the ways to start moving away from this is a fun tool called “The Credit Report.” This was designed by Jill Badonsky, founder of Kaizen-Muse Creativity Coaching (and one of my coach trainers!)

The idea is simple – instead of listing out the various things you haven’t done or have done poorly today, give yourself some credit and list out what is going well instead. To do this, ask yourself four questions: 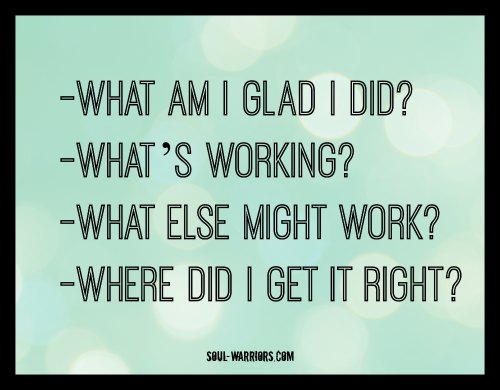 (I’ve created a printable version of The Credit Report for you to download here.)

It might seem too simple to be effective, but I invite you to try it. Just like an accountant training herself to see every possible problem at work bleeds over to her personal life, training yourself to see what you are doing well impacts all of your life.

Start now and leave a comment with your answer to any of the four questions below.