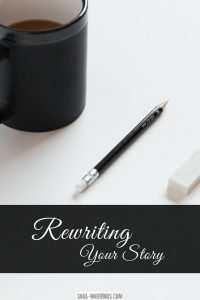 After weeks of writing about how to recognize and challenge our own internal negative stories, we’re moving on to using our natural storytelling brains to our own advantage. Today, we get to ditch our own internal victim and create our hero’s saga, thanks to Acceptance and Commitment Therapy.

To begin, pick one of your life events where you felt victimized – the destruction of a relationship, the terrible incident that led to you being fired, the time you were evicted – whatever. I wouldn’t start with a tragic story of childhood abuse or the death of a loved one; while these stories can also be transformed, it’s a little easier to start with something lighter and work your way up to the deeper and more painful stories.

Once you have your story, write out your most tragic version of it from the standpoint of being a complete victim. Drone, complain, wail…just get it all out. Label it “My Sob Story.” I find this in itself somewhat liberating. The example I’m using for this post is getting in a car accident when I was twenty years old that left me hospitalized for five weeks.

It was Halloween night, 1998, and my three friends and I were having a horrible evening. Dressed in full costume, with nothing to do, we were driving around Hollywood hoping to find somewhere fun to hang out which did not require fake IDs. There were no options, so we decided to head to Roscoe’s for chicken and waffles. Turning down Gower off Sunset was my last memory of that night.

I woke up three days later in a hospital bed, in screaming pain, to discover we had been in a bad car accident that left me with a concussion and multiple hip fractures. My friends got off a little better – concussions, arm injuries, but all of them were home within a day. I, however, was stuck in the hospital for five full weeks, unable to get out of bed for the vast majority of the time. After a grueling course of physical therapy, I was finally able to walk on crutches.

Meanwhile, my whole life fell apart. This was my senior year in college, and the first time I had been truly invested in my major’s program. I was pulling straight A’s, but I had to drop out, and even worse, because of scheduling, I would not be able to graduate for a full year, leaving me alone while my friends graduated and moved on with their lives. Worst of all, my best friend in the entire world – one of the people in the car with me that night – abandoned me during this time and barely ever came to see me in the hospital. It was miserable and destroyed my entire life for more than a year. 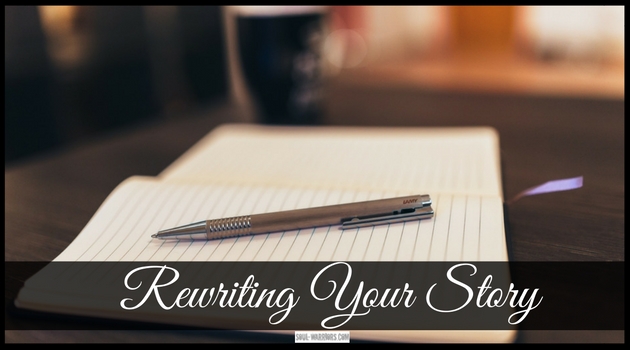 That was actually the abbreviated version of my sob story – I could have gone on for pages, but I’m writing this as a demo, and I’m not expecting you to read my tragic novella. However, I strongly encourage you to go ahead and write it ALL out in its full miserable glory. The next step – write out only the facts of the situation. Here’s mine:

On October 31, 1998, I was in a car accident with three friends.  We were all taken to the hospital. My three friends were released the next day with minor injuries. I had multiple hip fractures and a concussion. I spent five weeks in the hospital. My friend visited me twice. I dropped out of my college semester. My friends graduated before I did.

I find this step to be powerful in its own right, allowing me to see the bare facts of the situation, and see the story I’ve spun around the facts. Now, we get to the truly fun part – rewriting this story with yourself as the hero, with the whole universe conspiring in your favor. Here’s my version:

It was Halloween of 1998 when the divine force of the universe decided to intervene in my life, giving me some hope of following a path other than the horrific one I had mapped out for myself at that point. Dressed in a rented frothy pink, delectable southern belle costume, complete with baby’s breath in my hair, my stunning beauty must have seriously distracted a driver on the road, because he crashed directly into me.

My mind, being brilliant and protective, knew it was time to check out for a bit and allow myself to enjoy the highs of a morphine drip for a few days. I knew enough to provide entertainment to the hospital staff though, and made sure they at least got a chuckle by cutting off the four push up bras I was wearing to support that belle costume.  I woke up to find that I was indestructible! Though a car crashed DIRECTLY into me, I got off with just some fractures and a minor concussion! Dude, you should have seen the car – it was totaled (I only saw pictures)!!  How unbelievably amazing is my body???

Of course I was relieved to find out I could still have children if I chose to, and enthralled to find that the fractures actually gave my usually-boyish hips something closer to an hourglass look! I spent five weeks in the hospital, recovering my strength, flirting with my gorgeous young doctor, and gaining a serious appreciation for my mobility and what it means to lose it.

Meanwhile – THANK GOD – I dropped out of my college semester and regained my sense of perspective. For a couple of terrifying months, I had come to believe that accounting was important. Can you imagine??  Luckily this whole car accident deal snapped me out of that delusion. I ended up adding in information systems to my major and met some of my lifelong best friends because of it. Even better, I was able to get a bit of distance from my best friend at the time. We were becoming dangerously enmeshed, and this stint in the hospital gave us both a chance to prepare for his upcoming move to the east coast.

I could go on with this one for a while too, but I think you are getting the picture. Nearly anything in life can be viewed through a positive or negative lens. It seems our default brain pattern is to take the negative, but once you get started on the hero’s saga version of your life, only your storytelling abilities will limit you.

I’m inviting you to pick out a sob story from your life this week and see if you can’t transform it. If the hero’s saga is still feeling a little bit out of reach, you can always try rewriting it as a comedy!